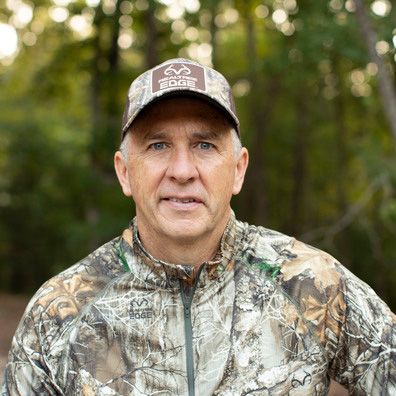 “When I started bowhunting as a 14 year old kid in South Georgia the hunting bug "bit" me in a huge way! Over the next several years I begin working at a hunting plantation which eventually led to me opening a hunting store in 1987. A few years later I met Bill Jordan as I was one of his first local dealers for his new Realtree pattern. We began hunting together some and just hit it off. Bill had a dream of having a national hunting television show and he asked me to come to work for him. Now, I have worked at Realtree Camouflage for 28 years, starting out as a cameraman and editor for Bill Jordan as we set out on a journey to begin TV and Video efforts. Today I currently host "Realtree Outdoors" and "Monster Bucks TV" show as well as oversee the TV and Video Department.”