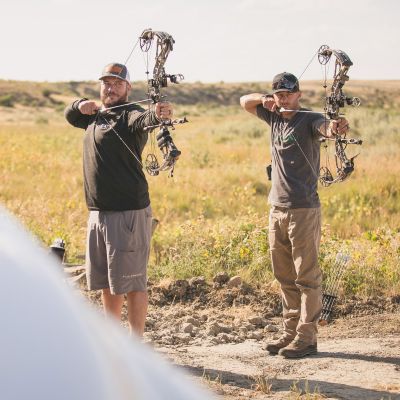 Shawn has been in the whitetail woods of Missouri since childhood. His father and he have been hunting together since Shawn was old enough to climb into a tree. He loves pursuing whitetails in the midwest but has grown to love western hunting, as well. Although you won’t always see him in front of the camera, his expertise are shown through his cinematography. Shawn has been with Heartland Bowhunter since the launch of their first DVD and thrives on innovation and creativity in production.

There is nothing in the world that Mike enjoys more than chasing big, mature whitetail deer. He has been hunting ever since he could shoot a rifle and has been addicted ever since. After only a few rifle seasons, Mike realized that he could not limit himself to 10 days in the Missouri hardwoods – he had to pick up a bow. After taking his first P&Y whitetail at the age of 16, he never looked back. Since then Mike has taken numerous trophy whitetails with archery equipment and has documented a majority of them on film. To Mike, it is more than just hunting; it is a way of life. From scouting nearly every day in the summer to shed hunting in the spring, Mike is in the field nearly every day of the year.